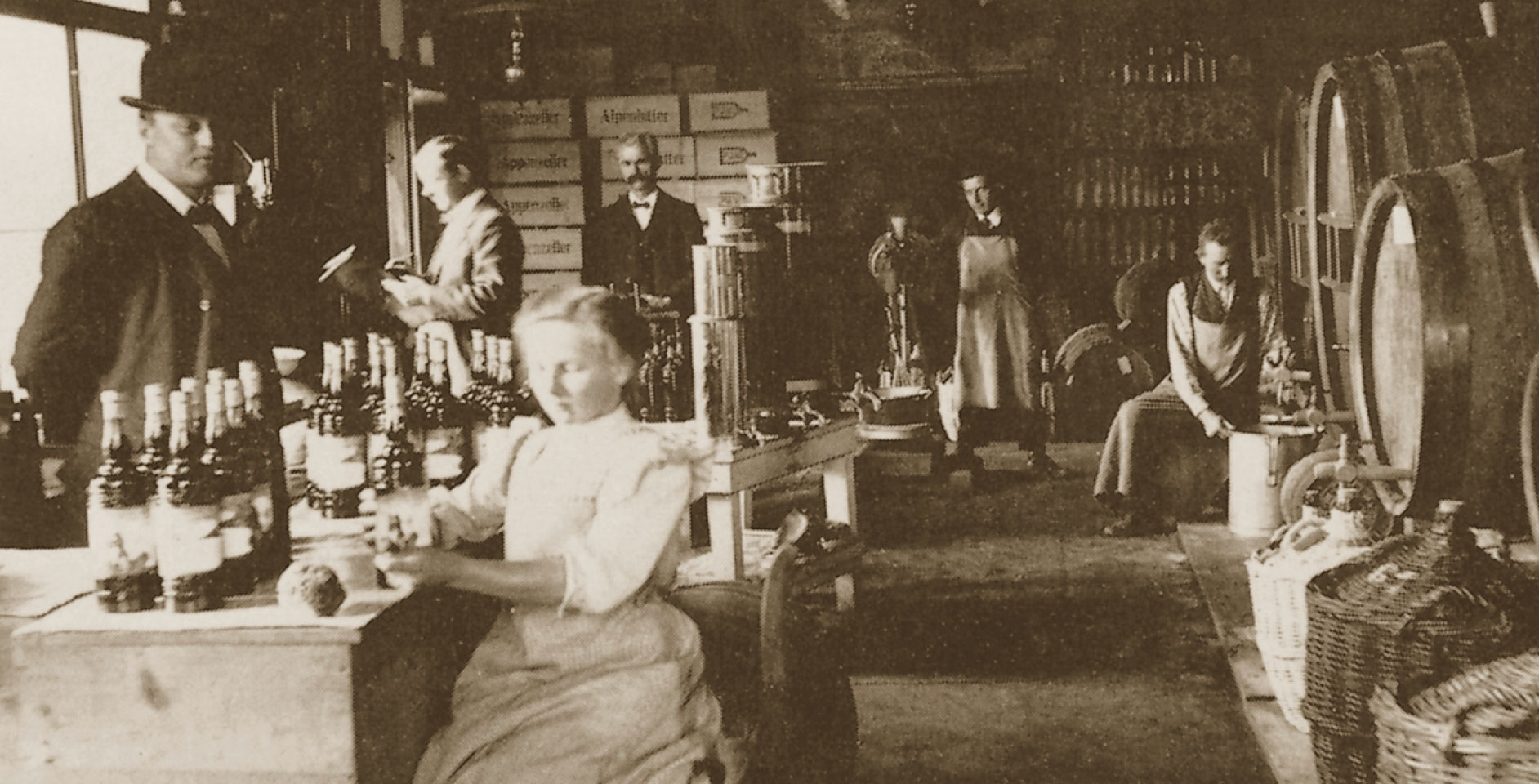 Home > About us > History

Emil Ebneter laid the foundation for today’s Appenzeller Alpenbitter AG when he opened a spirits store in 1902. In 1908, together with his brother-in-law, Beat Kölbener, he established the general partnership Emil Ebneter & Co. AG, which was renamed Appenzeller Alpenbitter AG in 2006. The family-owned company has remained true to its tradition and continues to be an independent SME.

Appenzeller Alpenbitter’s ongoing commitment towards its customers, the environment, its employees and the public has been recognised through the award of FSSC 22000 (food safety) certificates. These certificates guarantee impeccable quality, not only in development and manufacture, but also in sales and distribution. 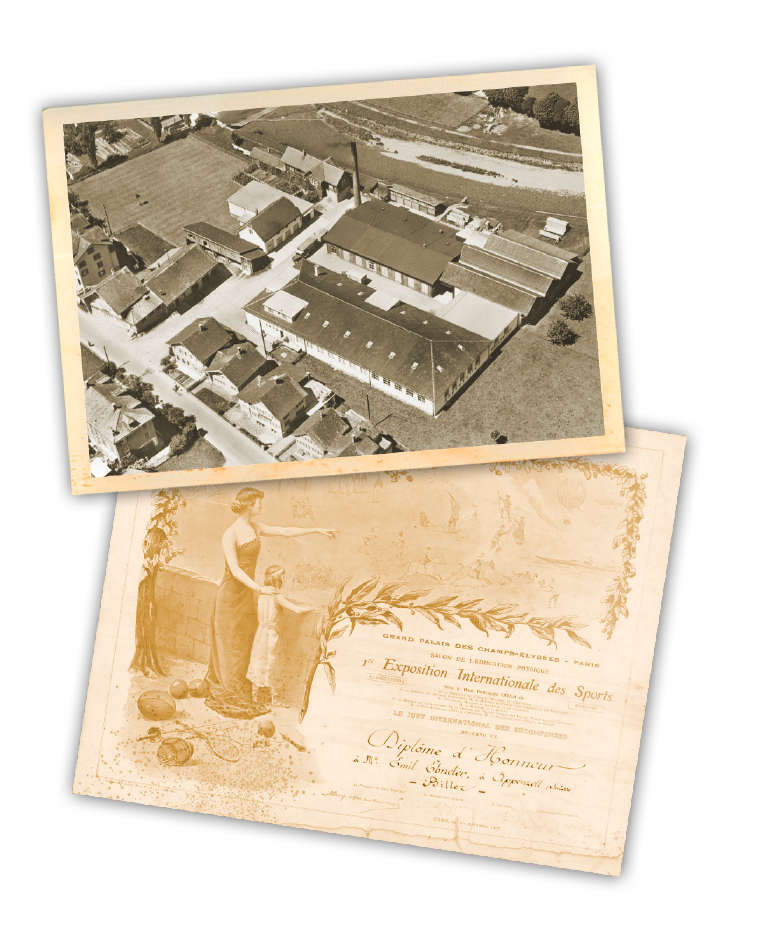 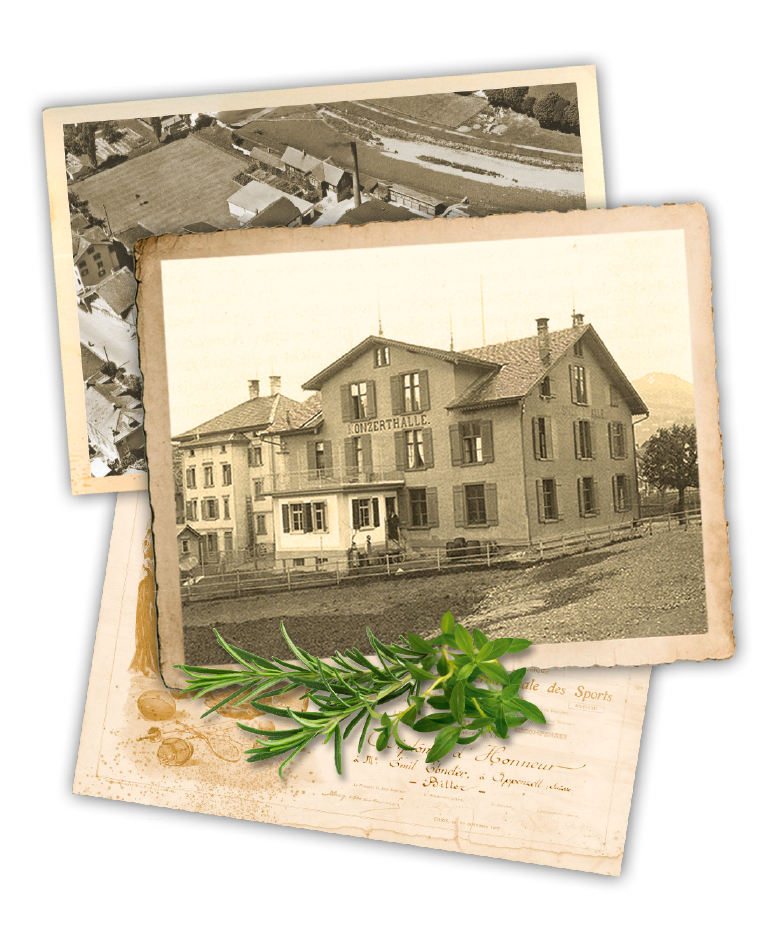 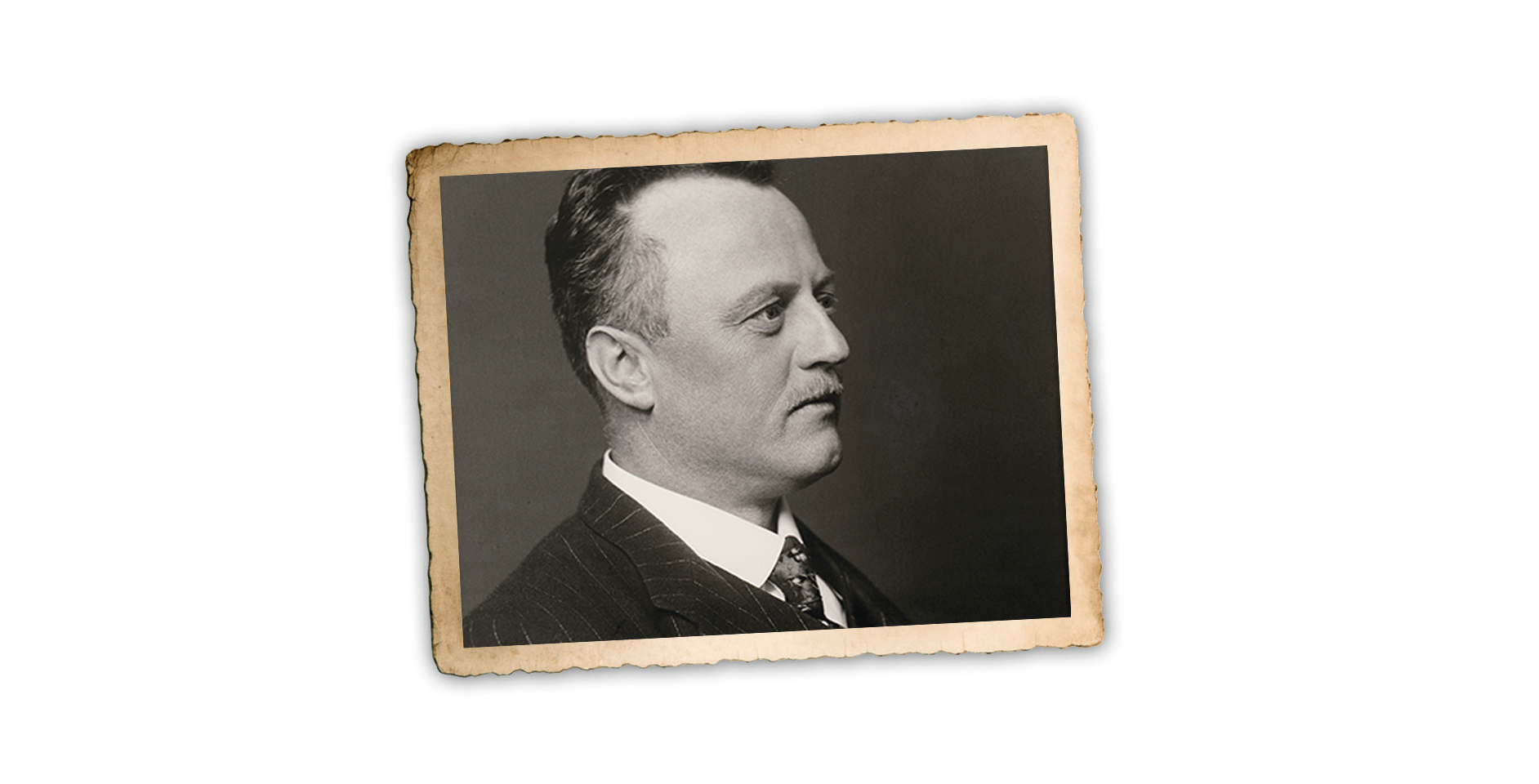 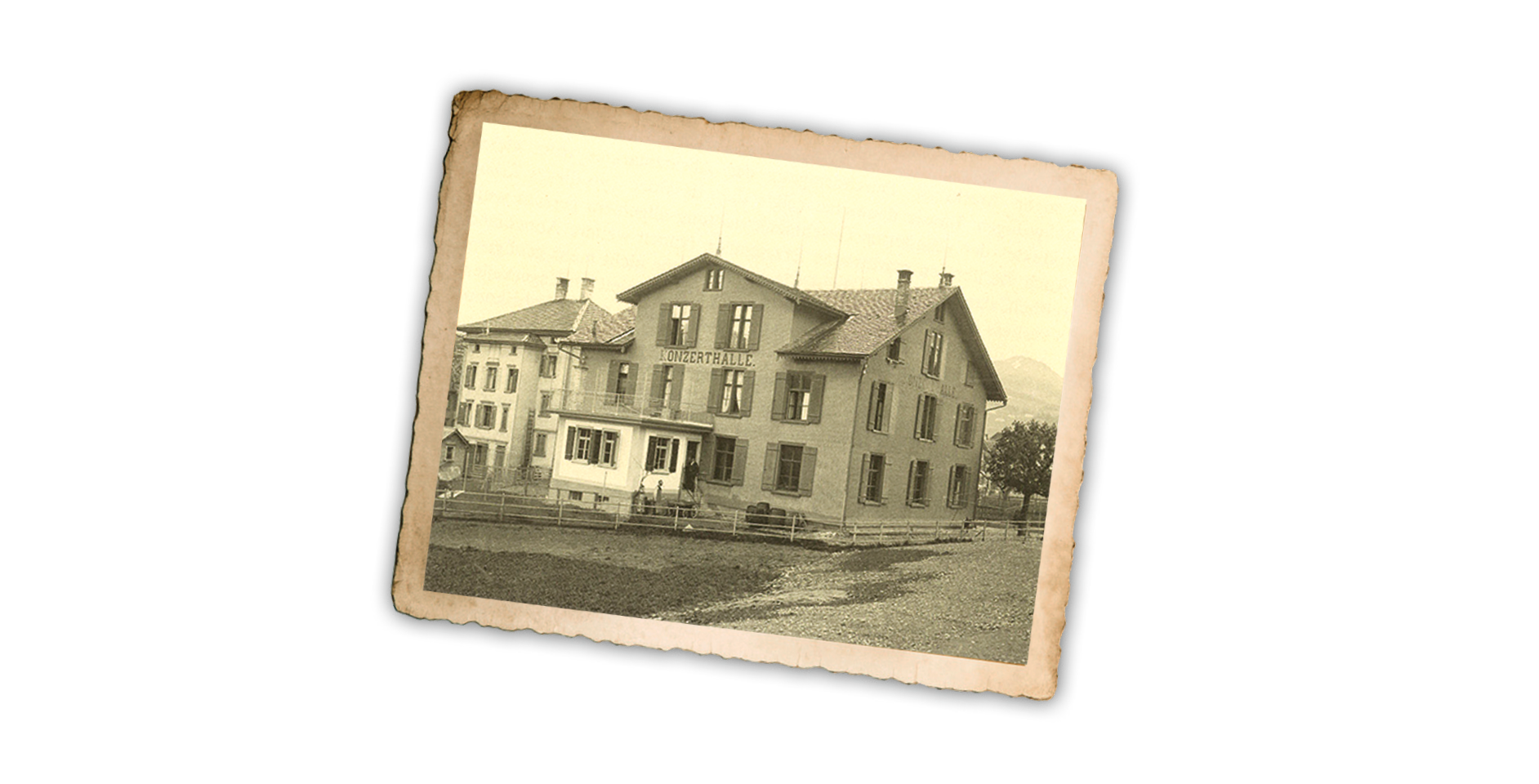 Relocation to the former concert hall 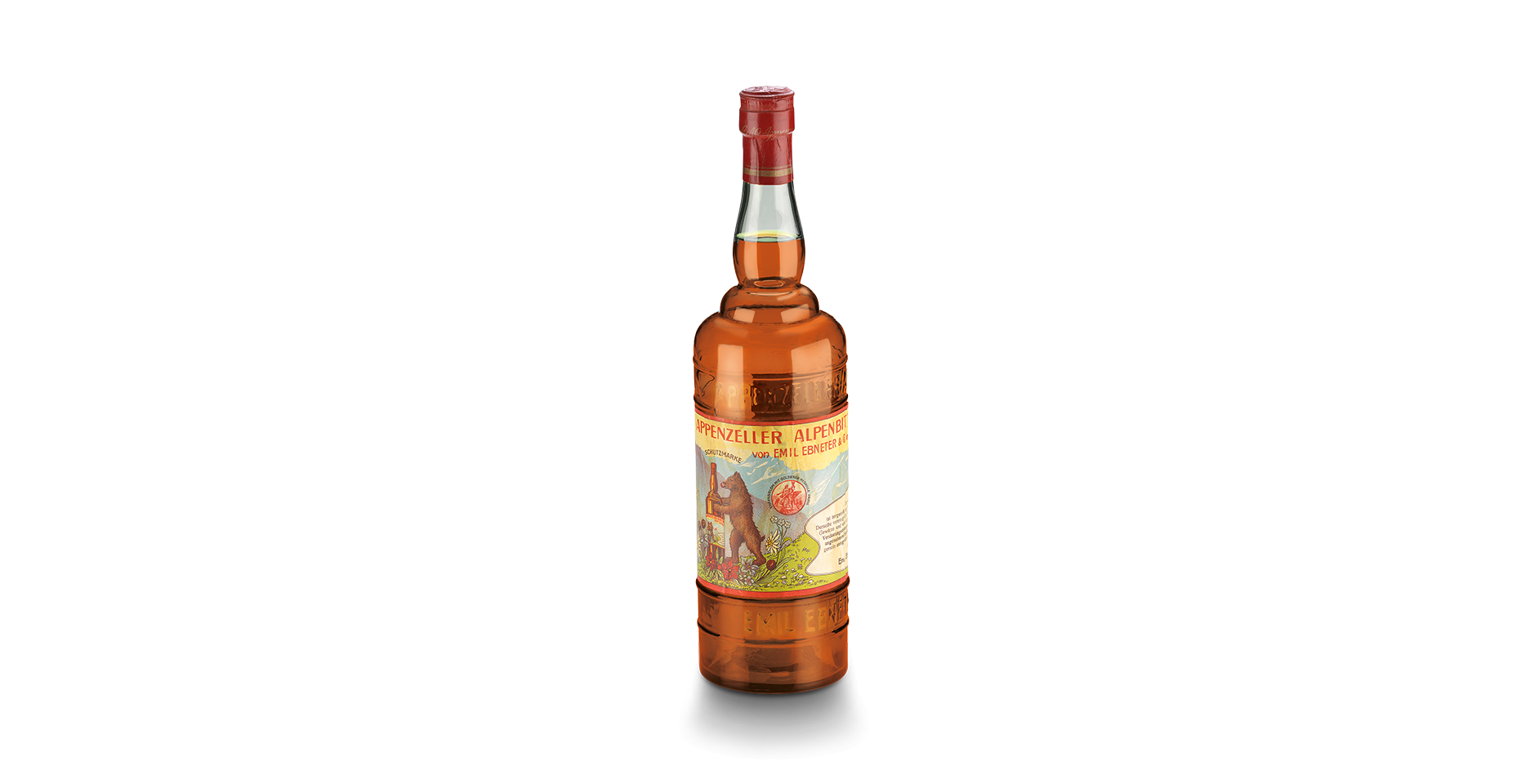 Registration of the Appenzeller Alpenbitter trademark 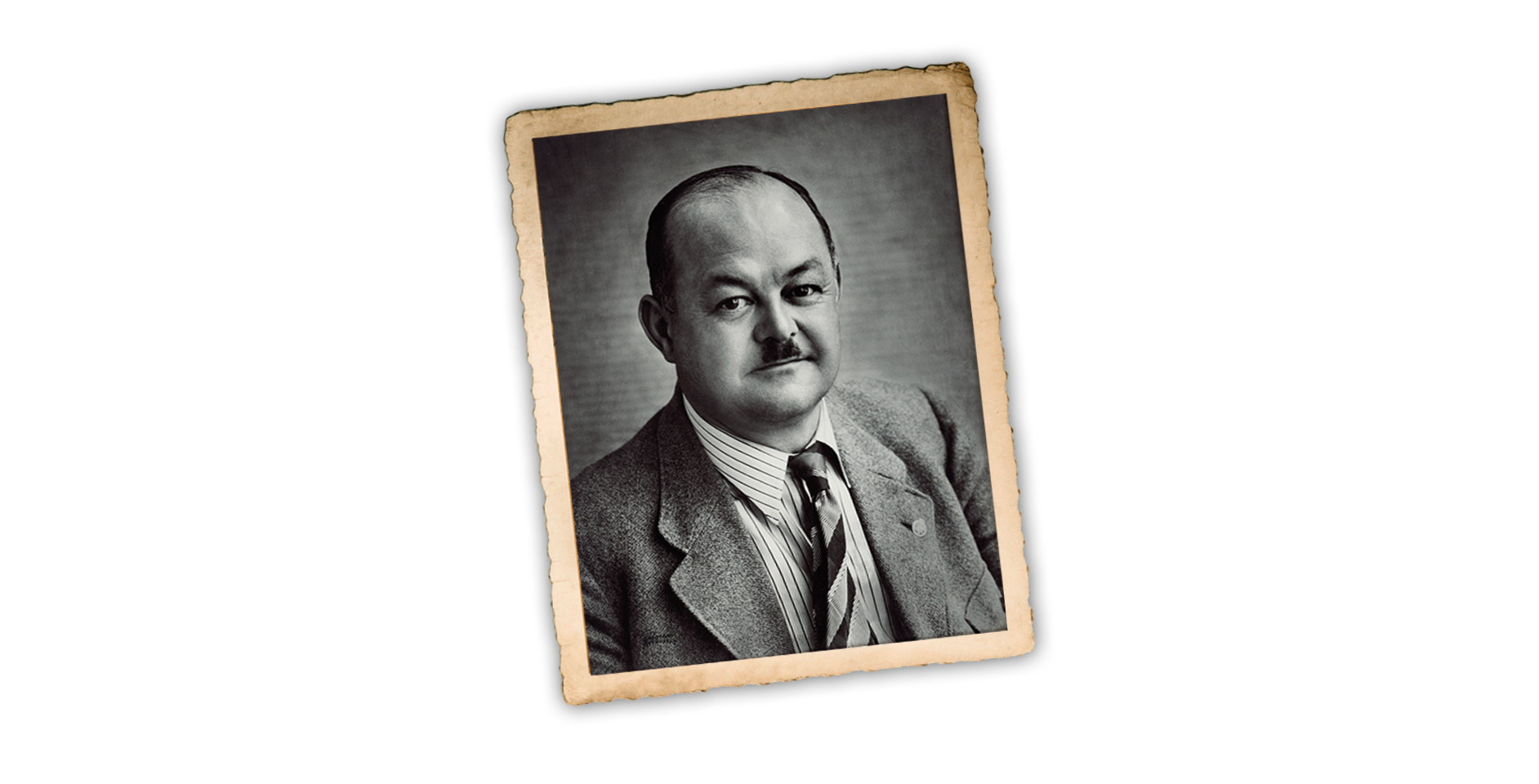 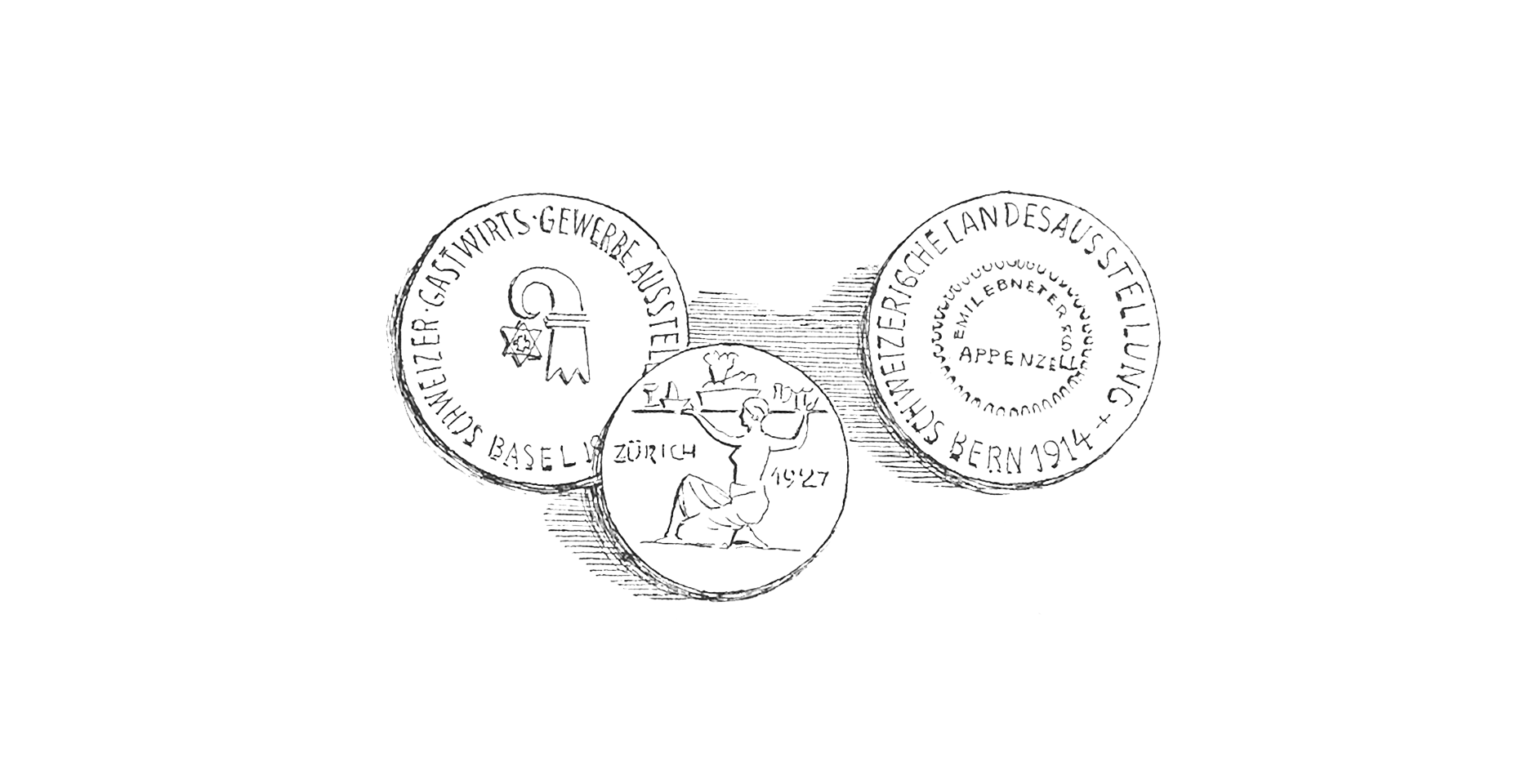 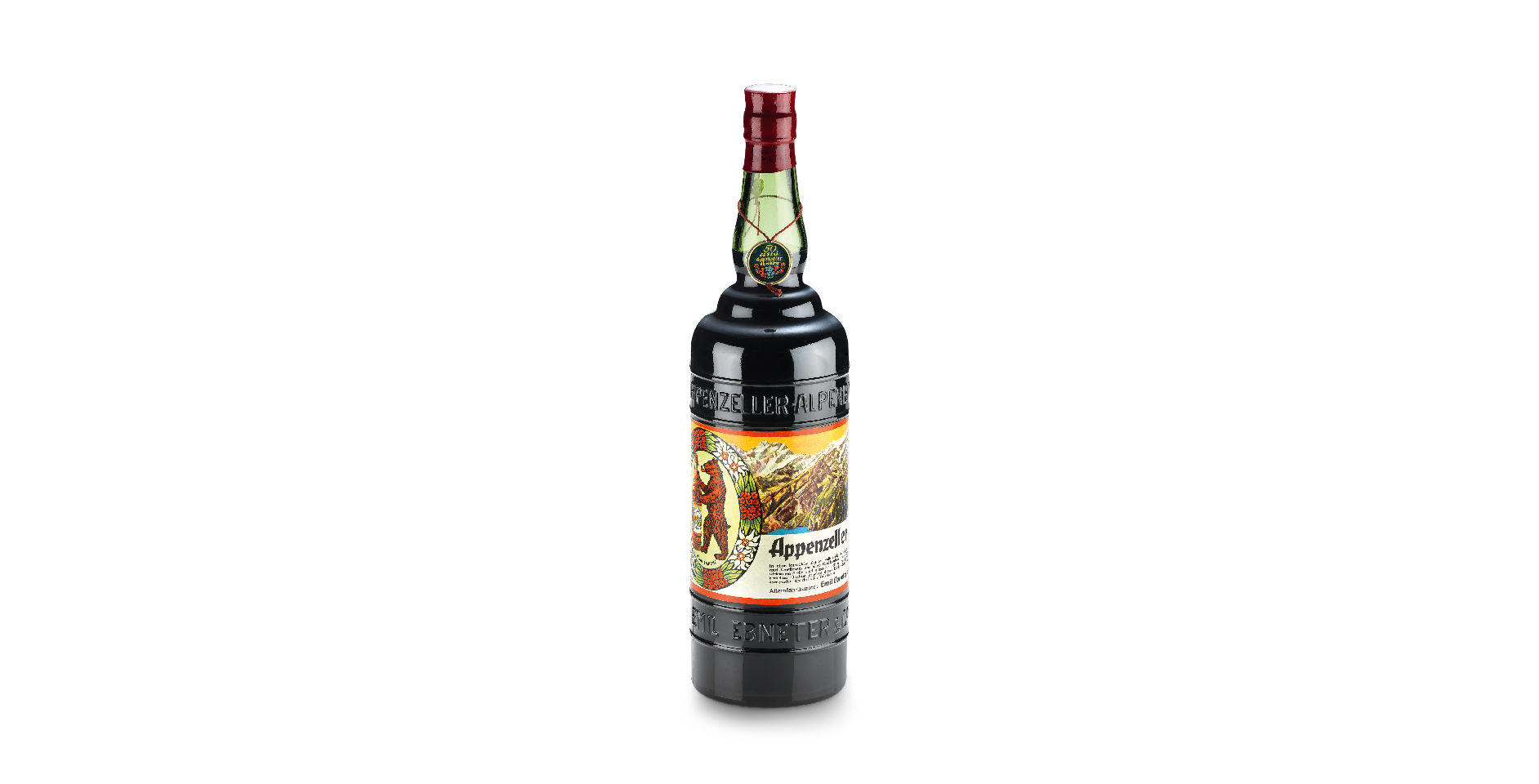 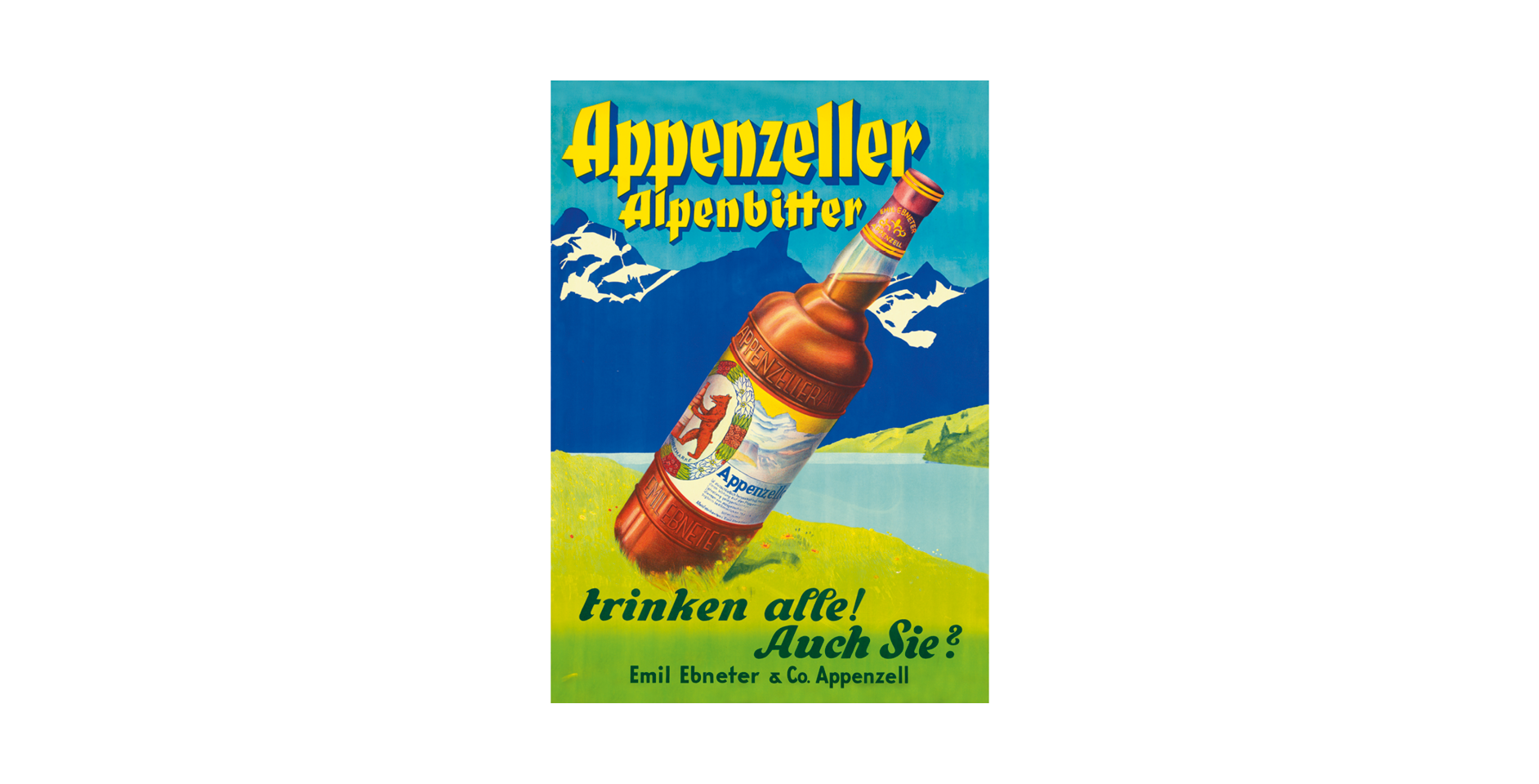 Start of brand advertising for the Appenzeller Alpenbitter 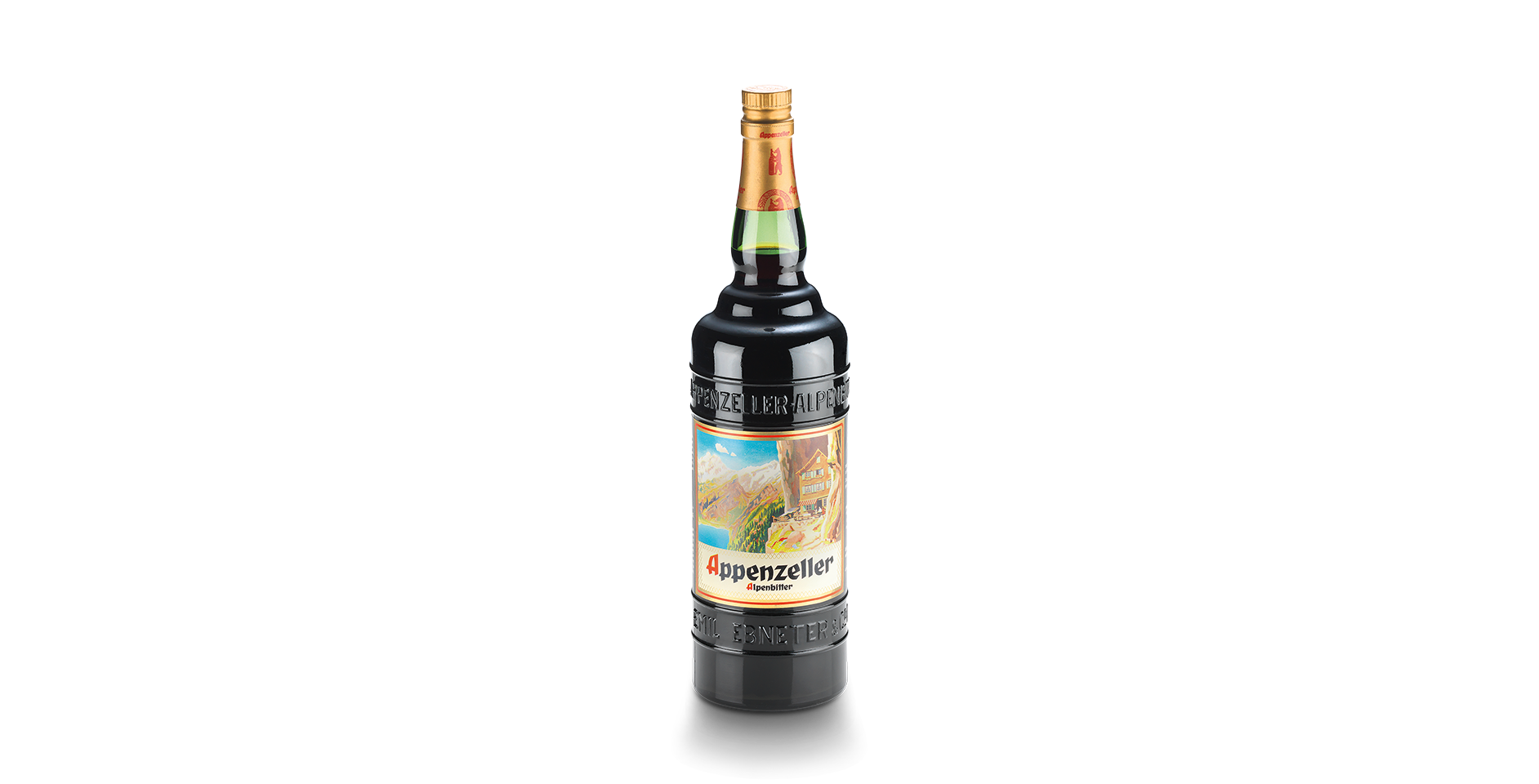 Significant changes to the label design 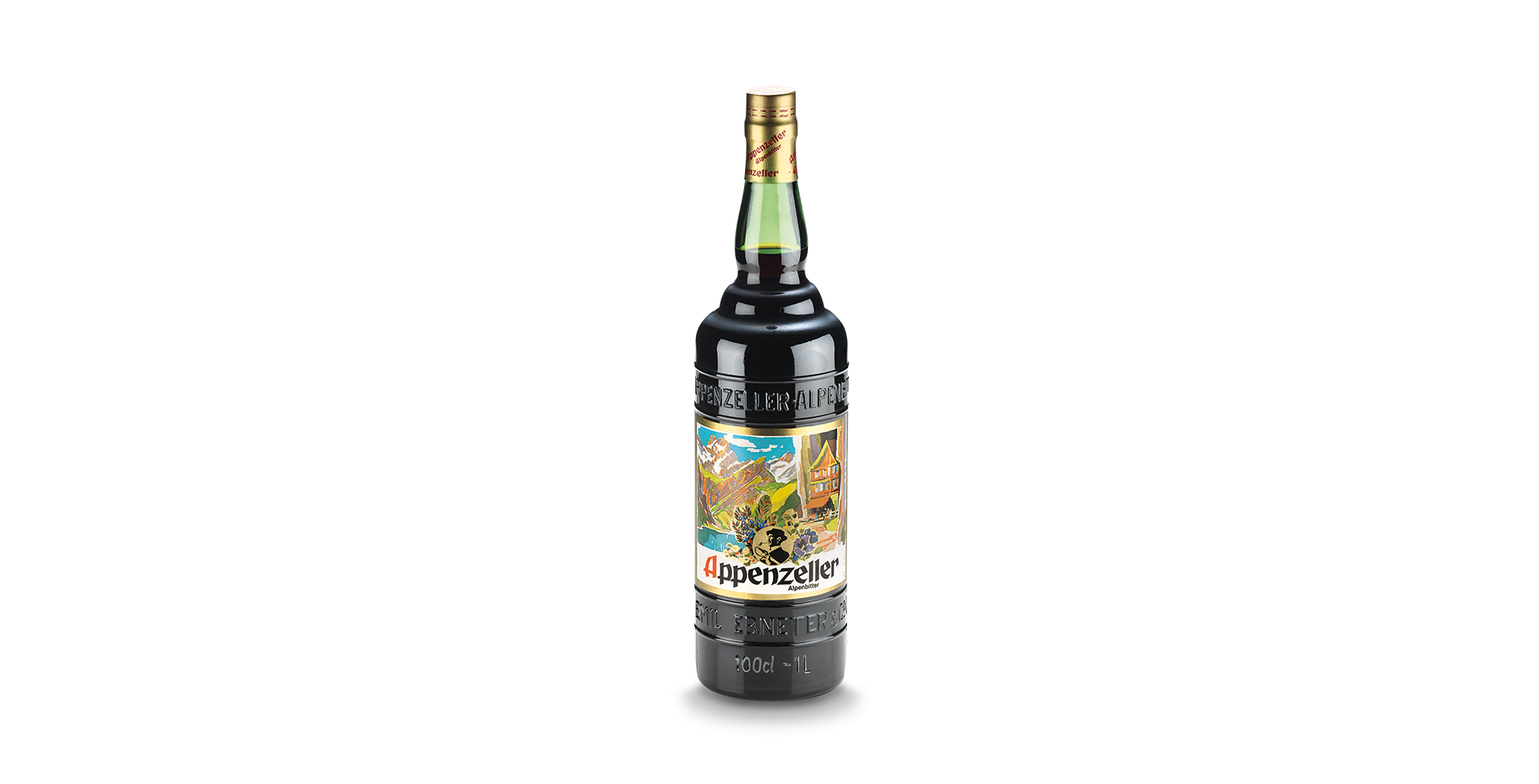 Addition of the brand logo with the Eugster head 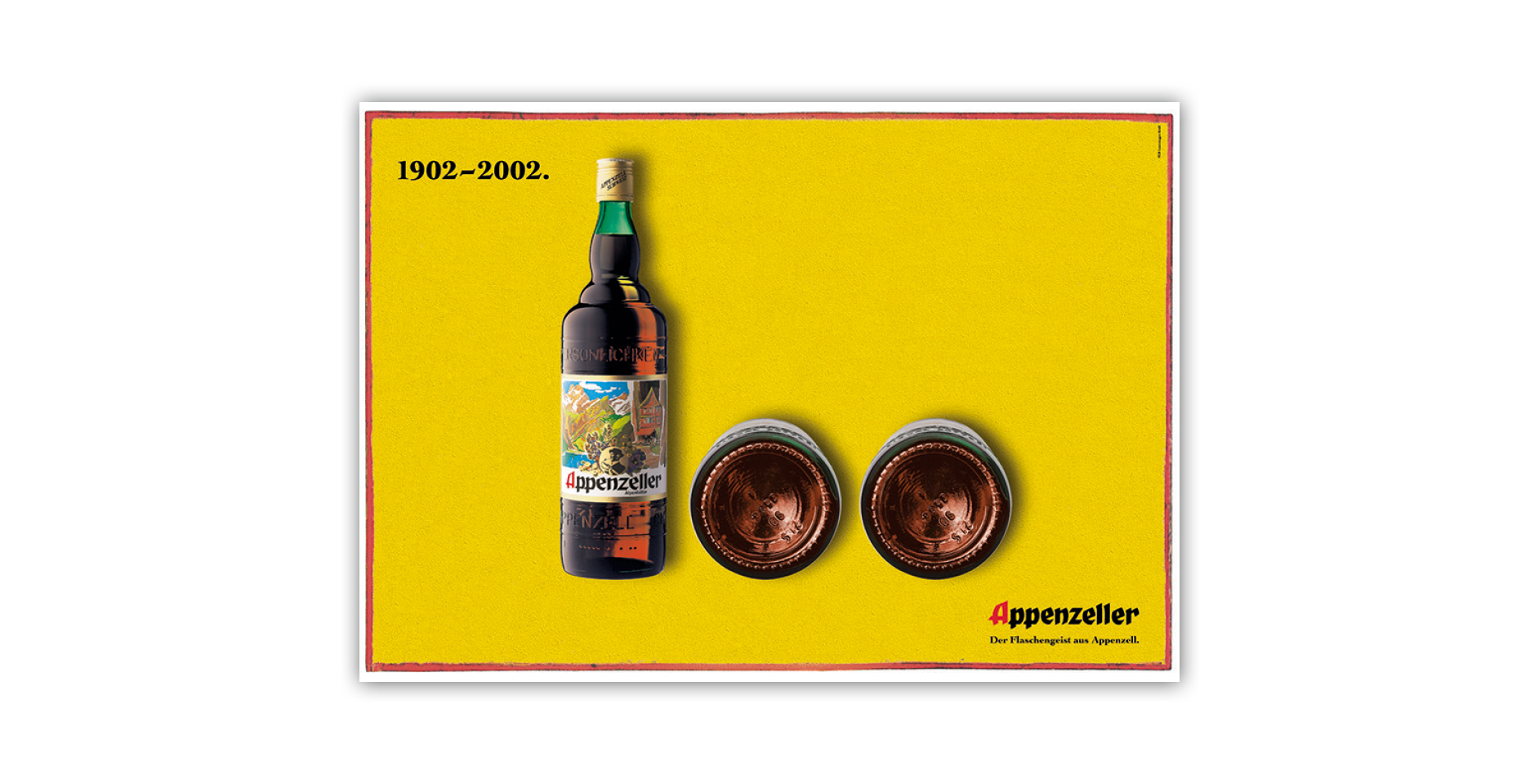 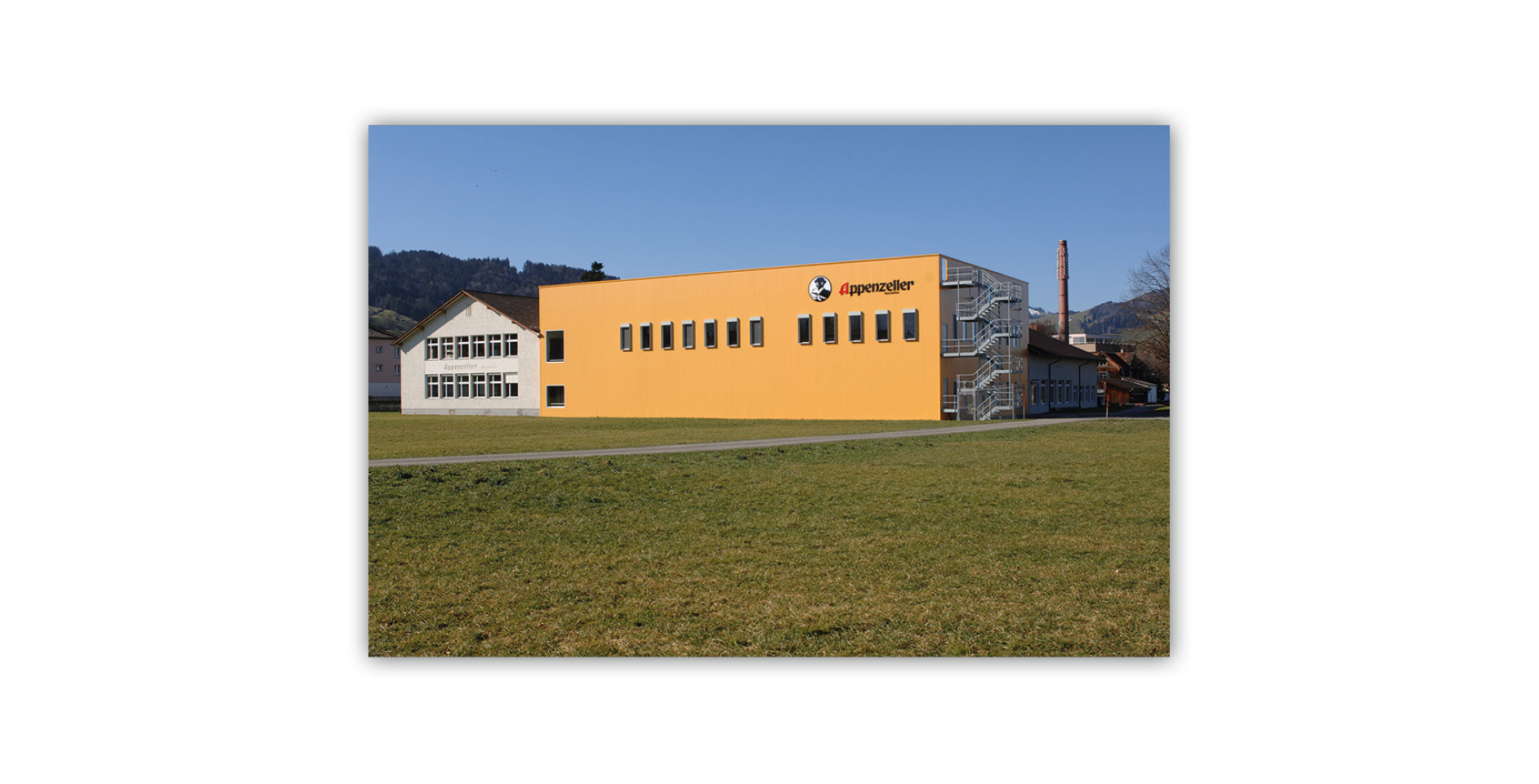 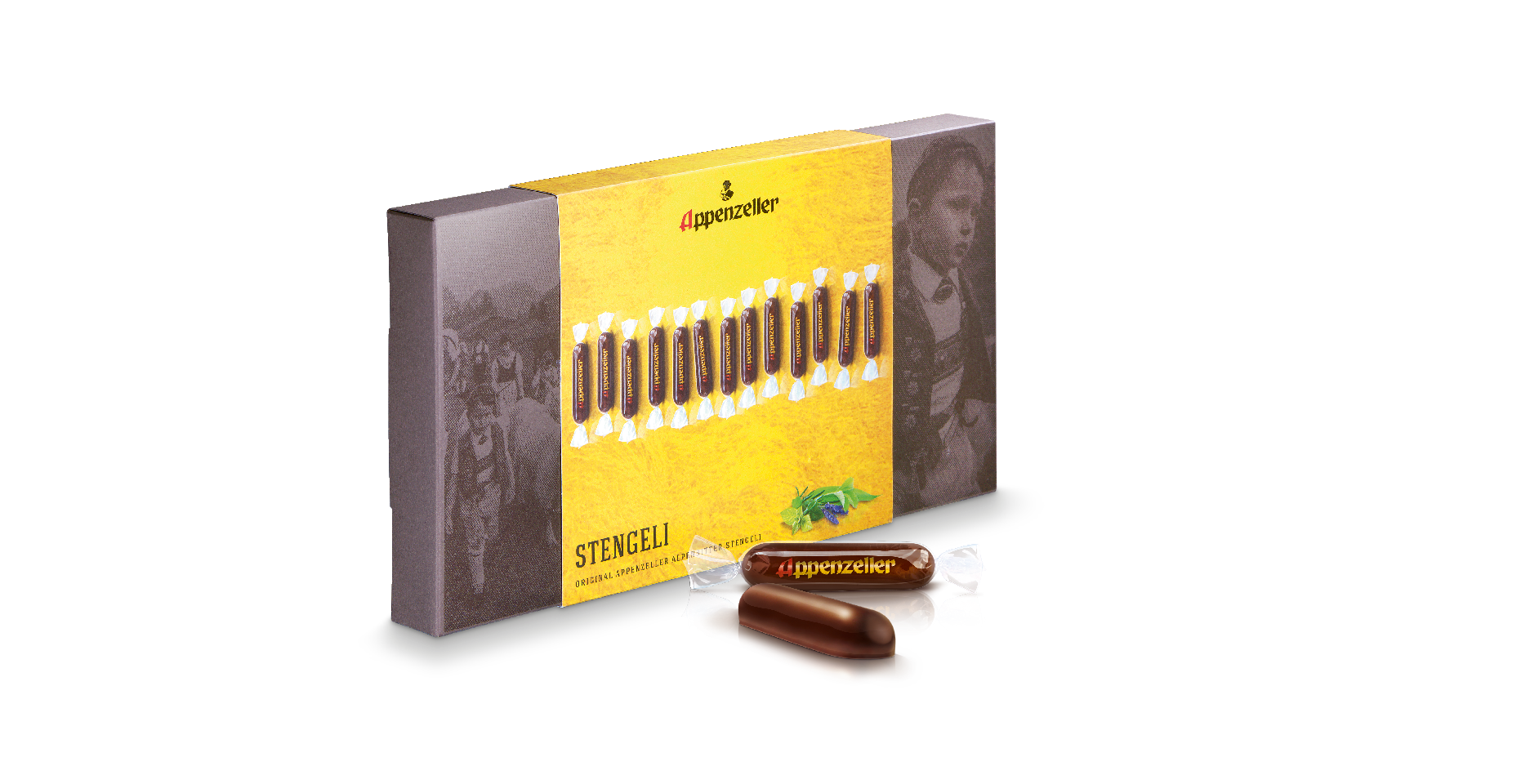 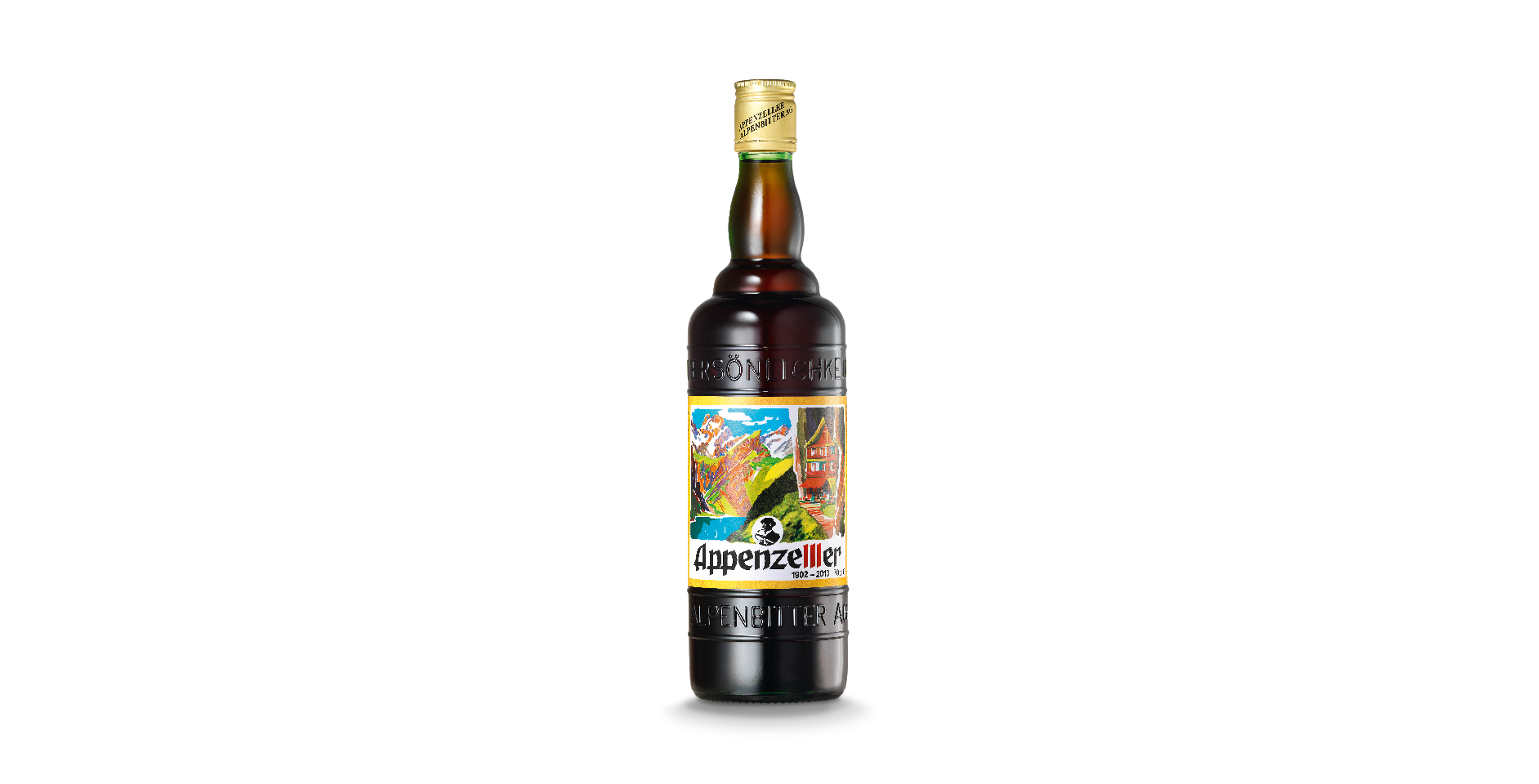 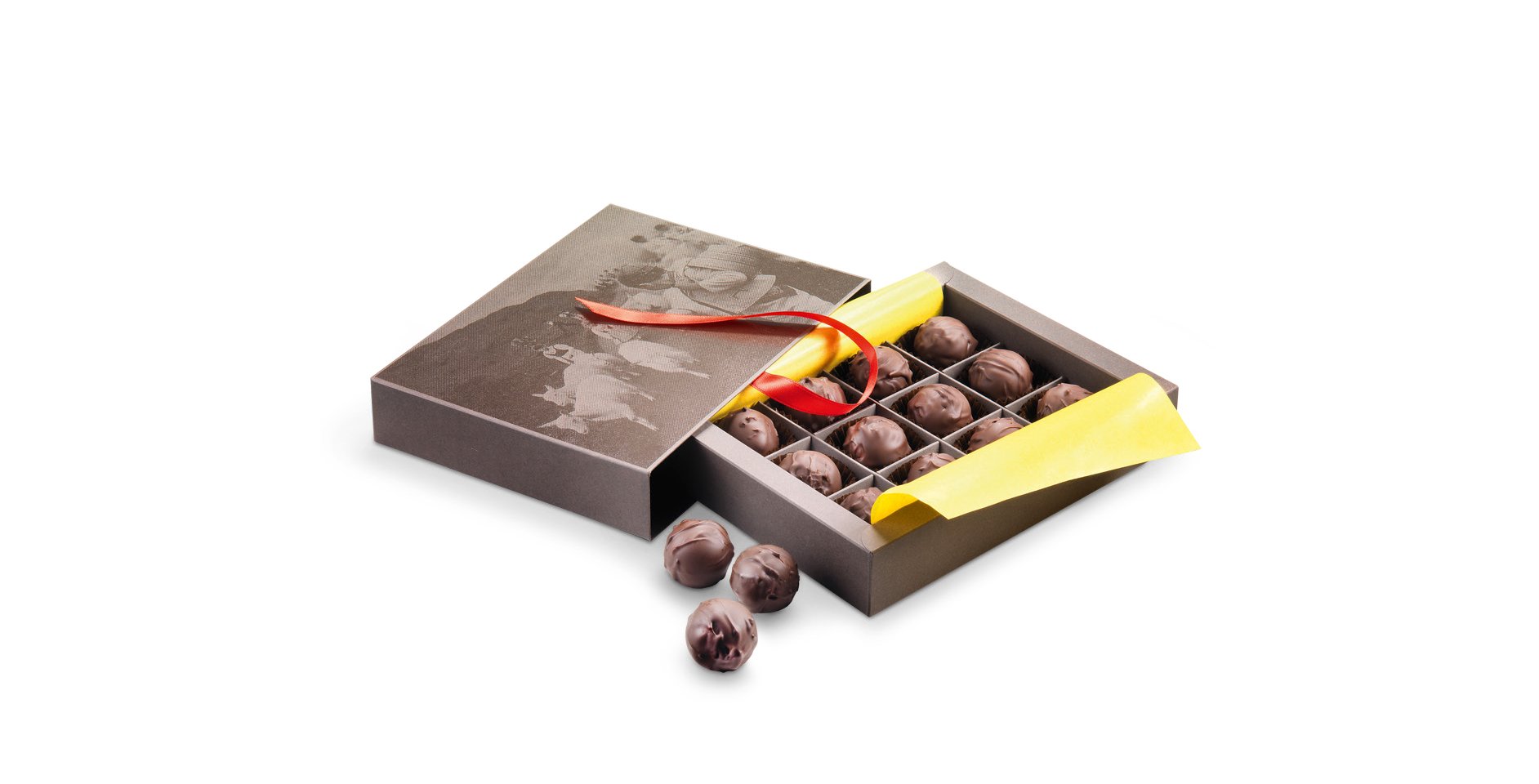 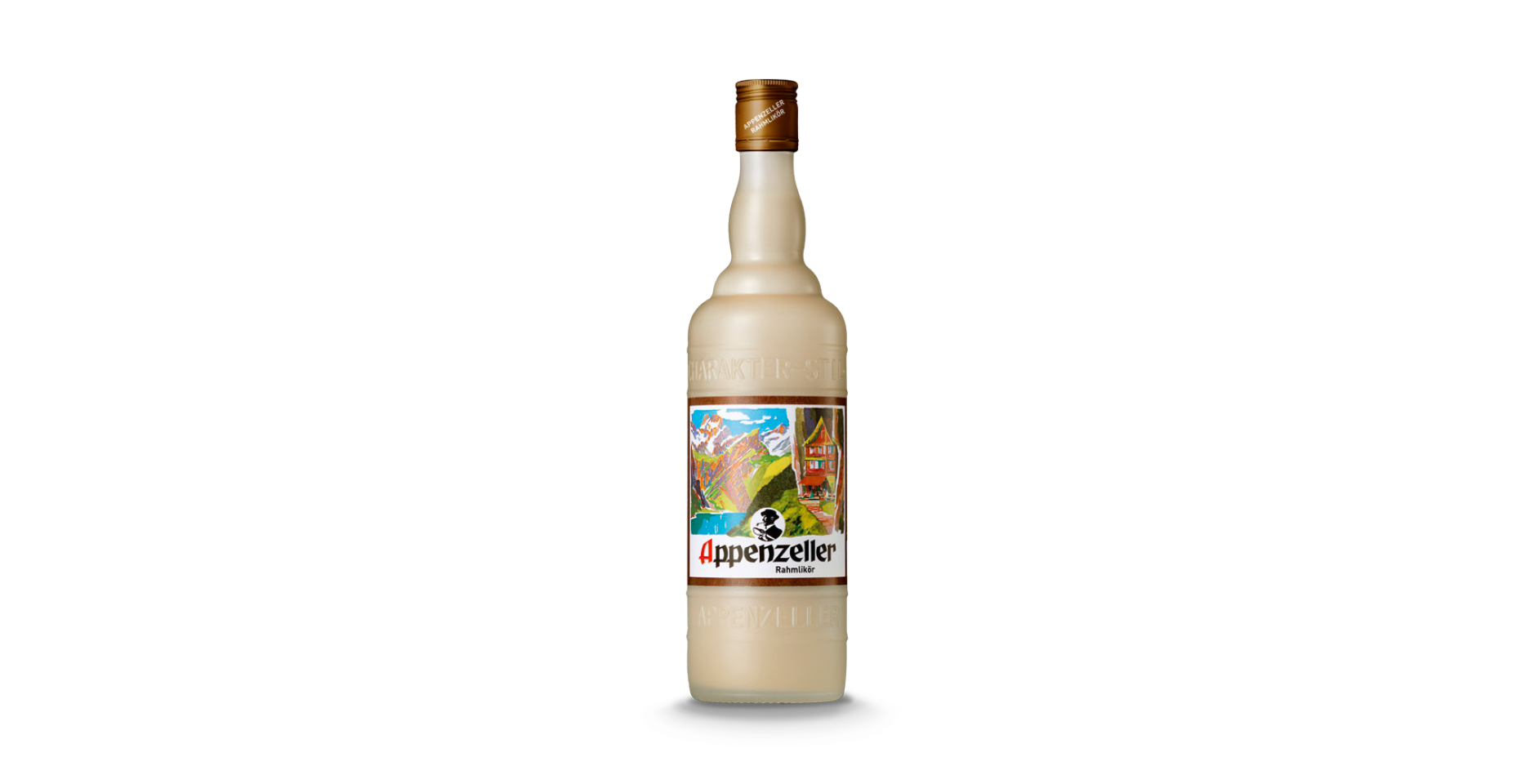 These historic posters reflect the history of Appenzeller Alpenbitter and how advertising has evolved since 1921.

The bear on the poster and on the label is in front of the Wildkirchli. On the label, the image continues to the right, showing the distinctive mountain restaurant that adorns the bottles of Appenzeller Alpenbitter to this day. 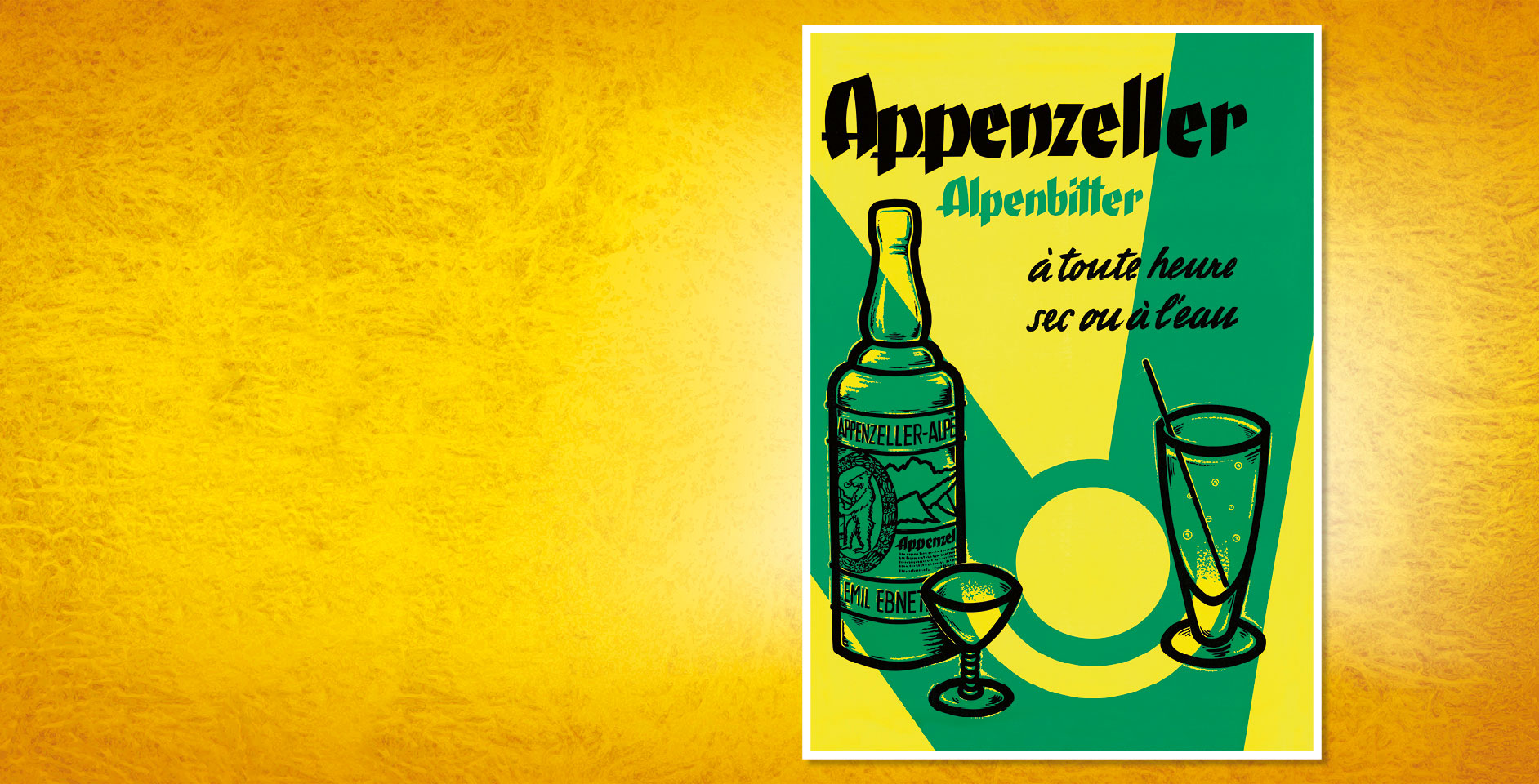 “Enjoy any time – neat or with water”: poster by artist Emil Steiger. 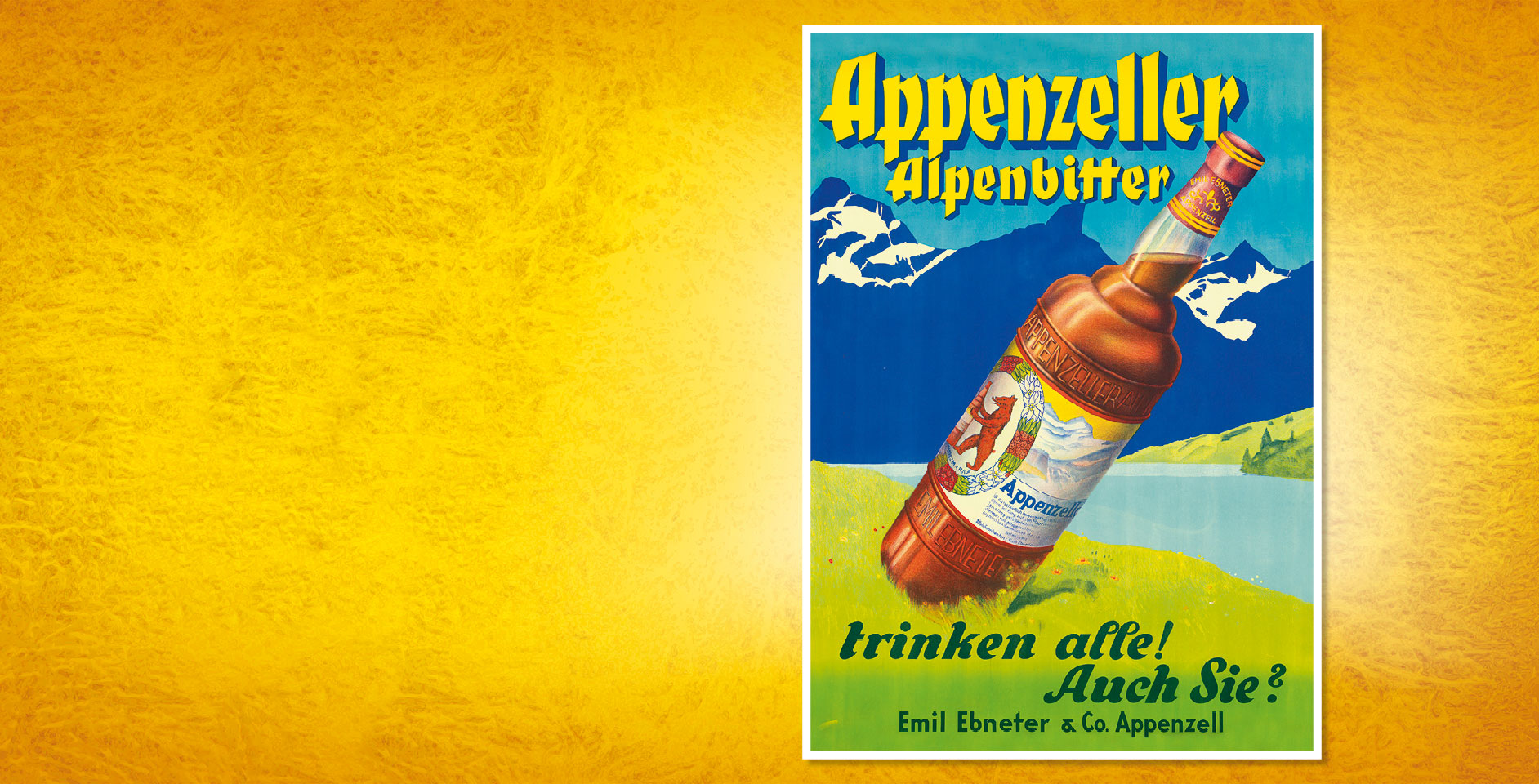 Back then, above the herbs and spices the label read: “Their healing powers stimulate the appetite and aid digestion, and revive and strengthen the body. Further ingredients of exceptional quality come together to make this product the people’s preferred liqueur, aperitif and stimulant.” 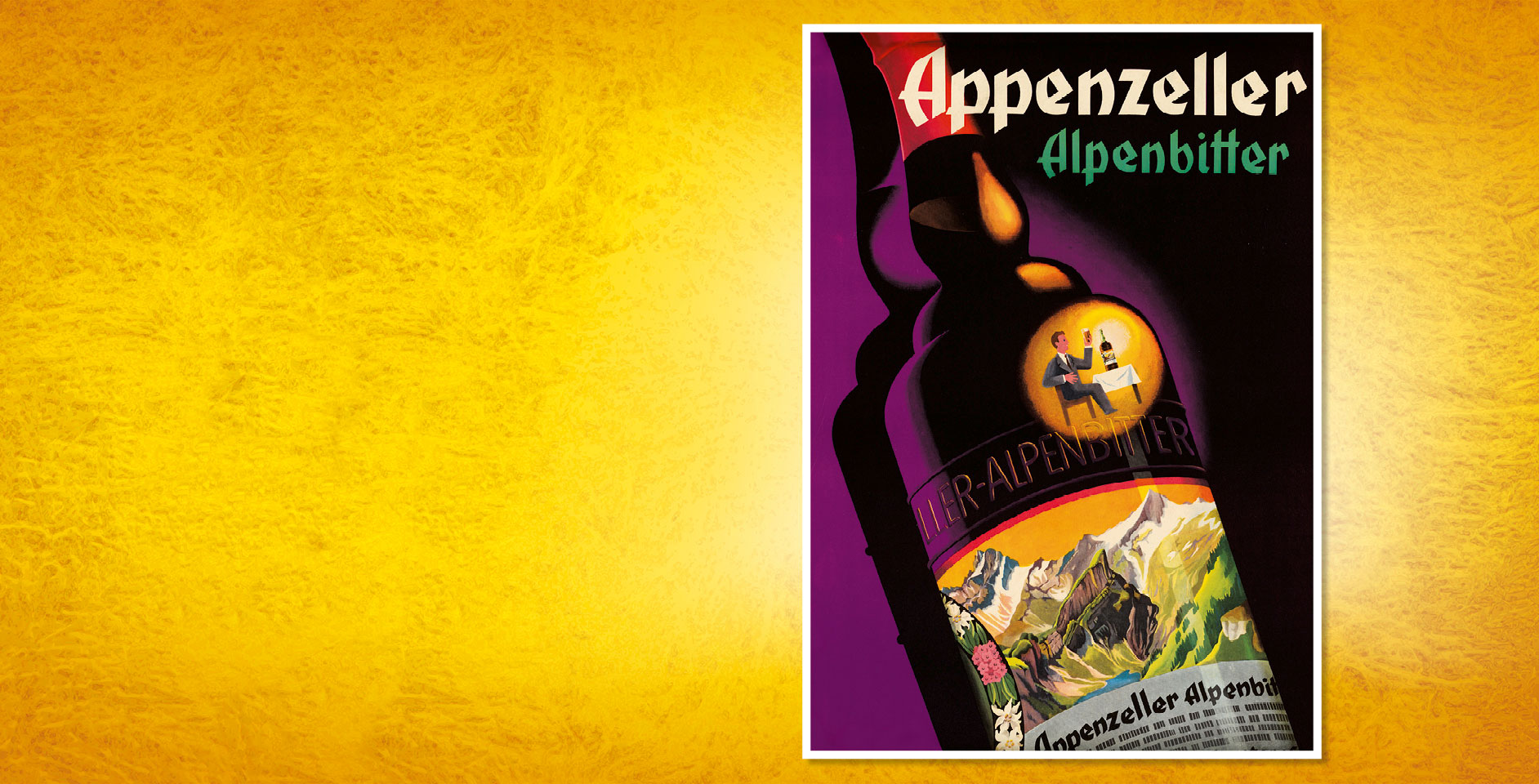 The Alpstein massif remains on the label, the consumer, wearing a suit, is reflected in the glass: poster by Ilse Rotter. 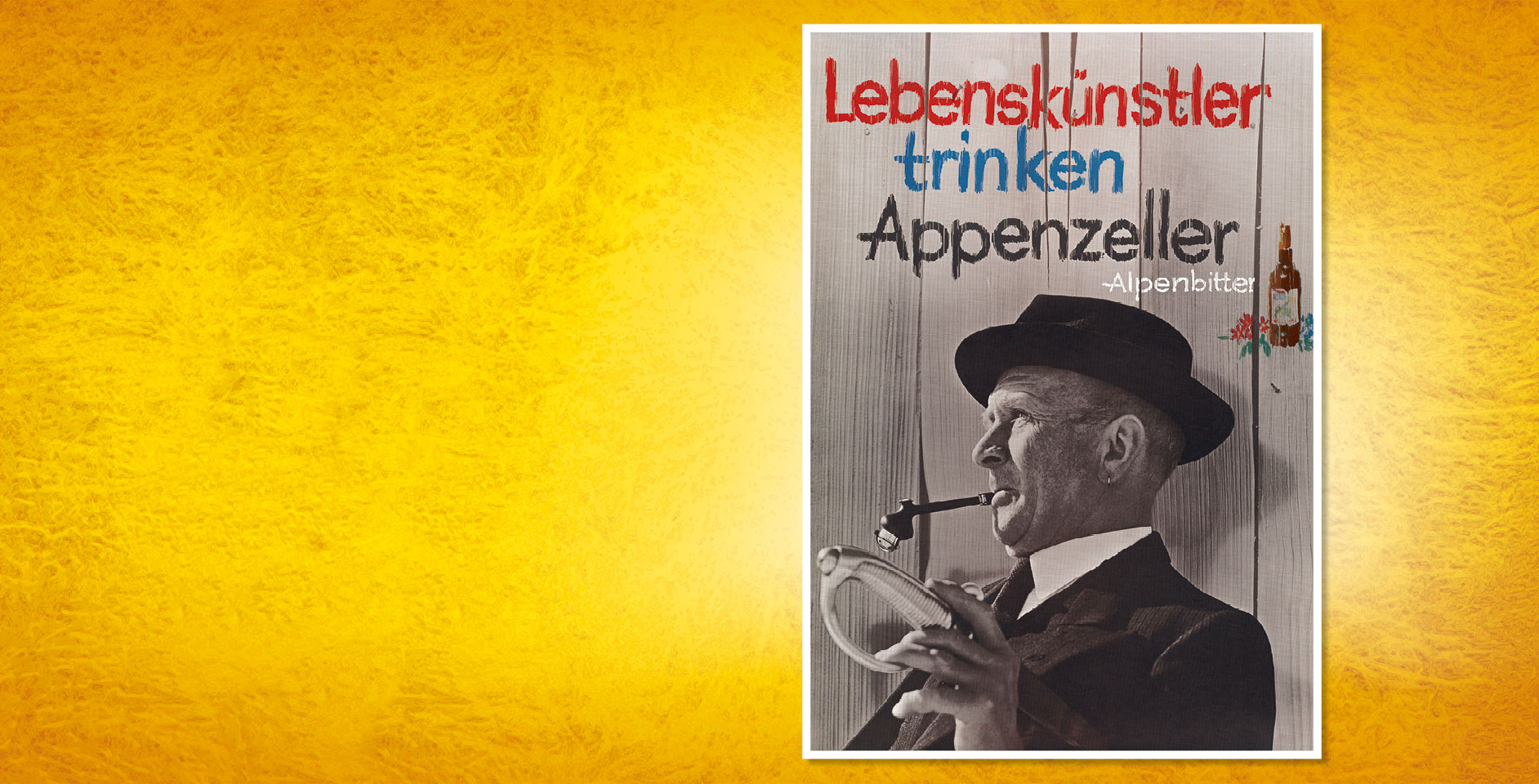 Bon vivant in his Sunday best with a Lindauerli (pipe from the region of Appenzell) and sabre – these were once used to vote during meetings of the Appenzell Cantonal Assembly.